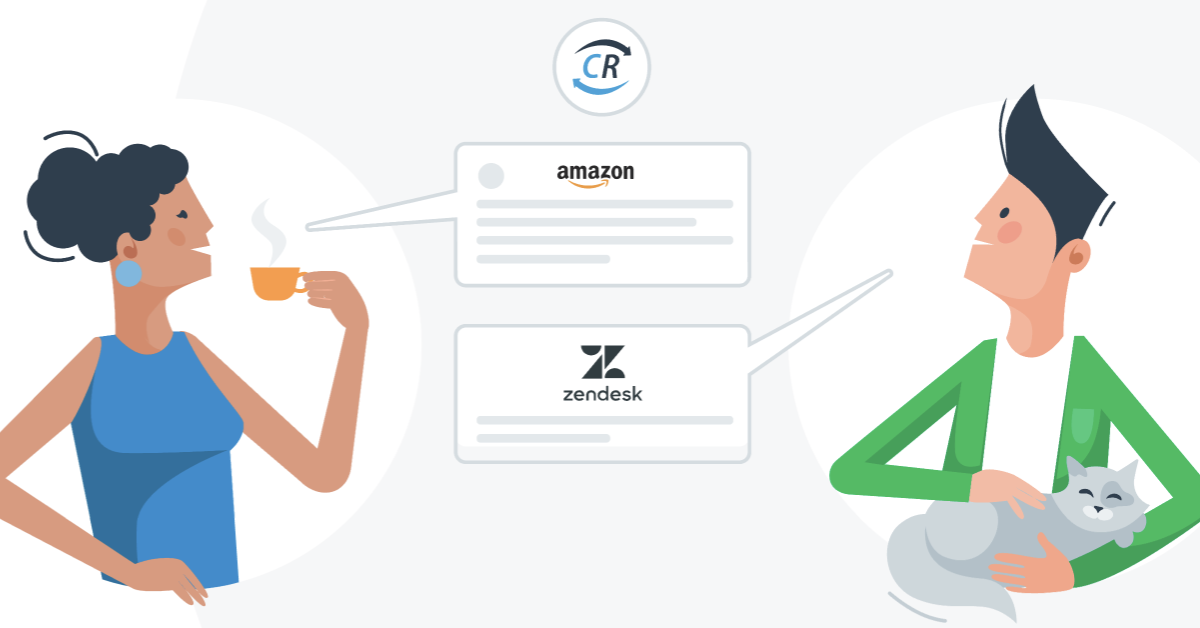 We’re proud to announce our official partnership with Amazon and Zendesk! Zendesk – Powered by ChannelReply is now available on the Amazon Seller Central app store.

All Your Amazon Seller Central Messages & Order Info in Zendesk 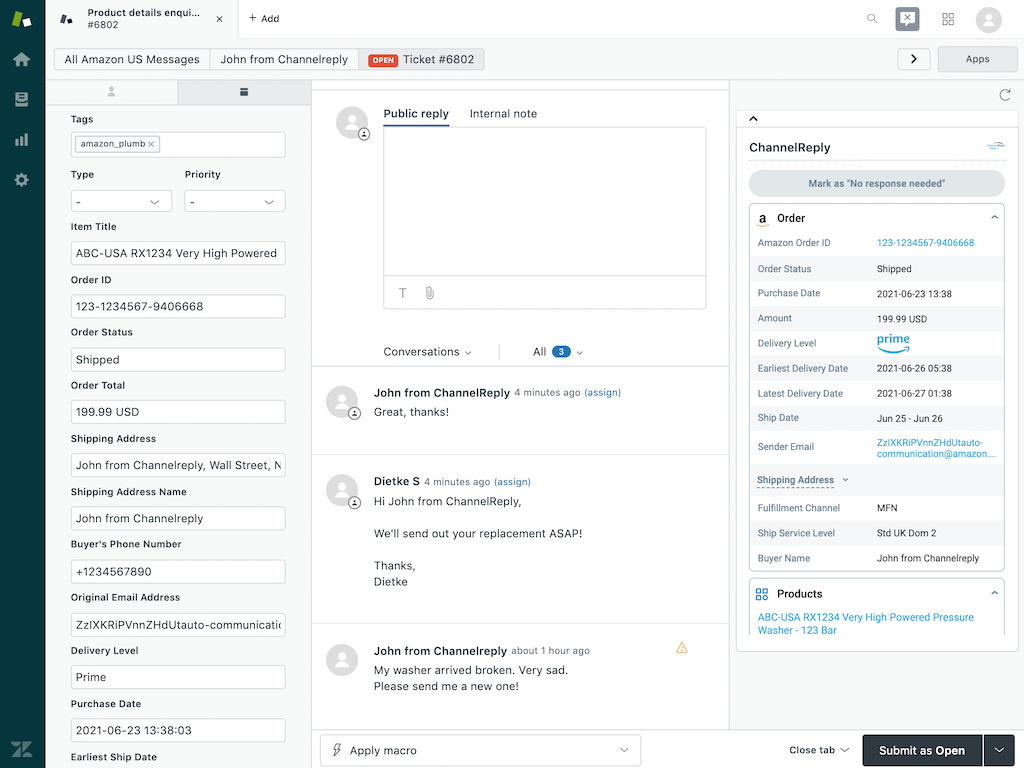 Zendesk – Powered by ChannelReply lets you answer Amazon customer messages directly from Zendesk. Every message comes with tons of info on the buyer and their Amazon order, including what they purchased, how much they paid, the order ID and more. 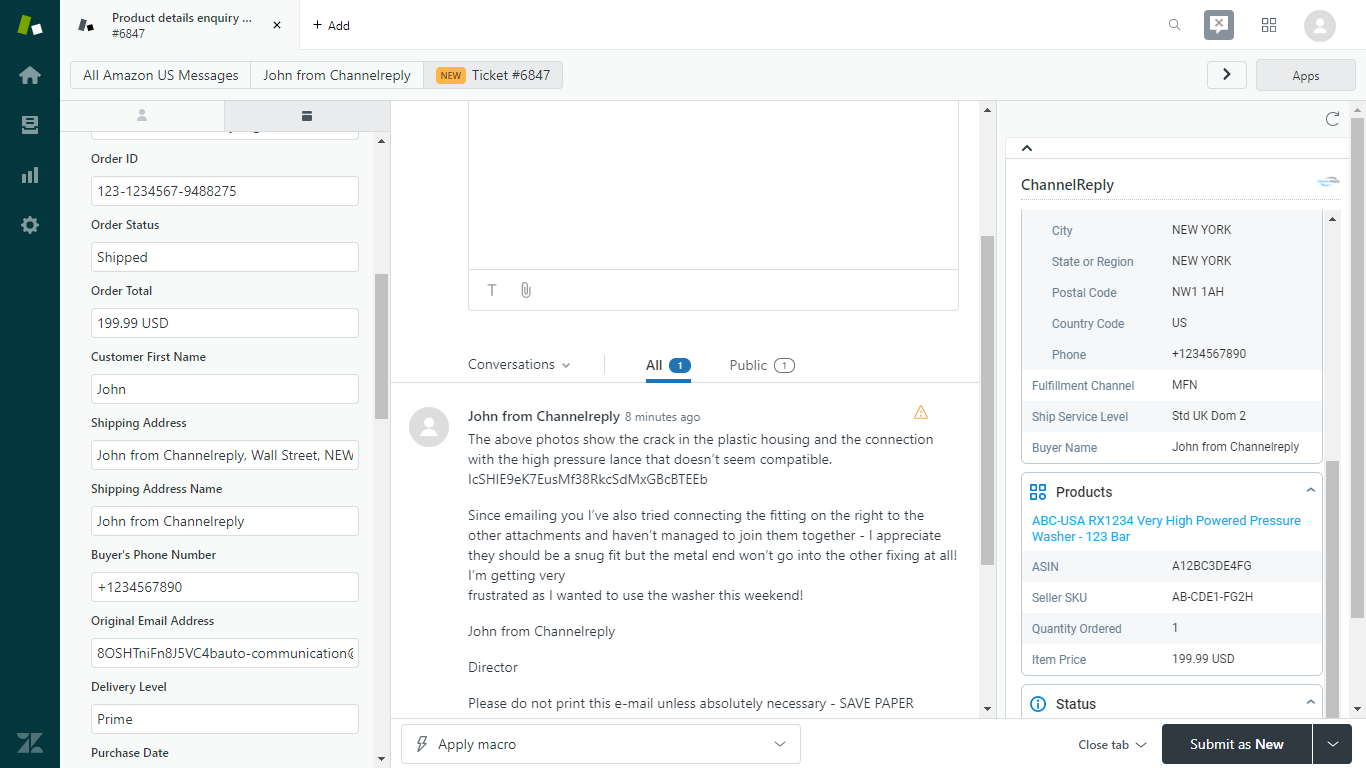 Messages thread together for simple, painless messaging. Page-long links and boilerplate text are stripped away. You can finally focus on the conversation instead of the clutter!

To make Amazon support even faster, you’ll be able to:

… and more, of course! Zip through your support queue every day and get back to doing what you rock at—selling stuff on Amazon! Start your free trial here.

Included: Up to 20% off Zendesk and ChannelReply

If you do not yet have Zendesk or ChannelReply, you can get up to 20% off both of them!

New customers will receive 15% off monthly plans for three months or 20% off yearly plans for the first year of service. The same discount applies to both Zendesk and ChannelReply!

Note that you must be a new customer, and you must integrate Zendesk with ChannelReply to redeem both discounts. 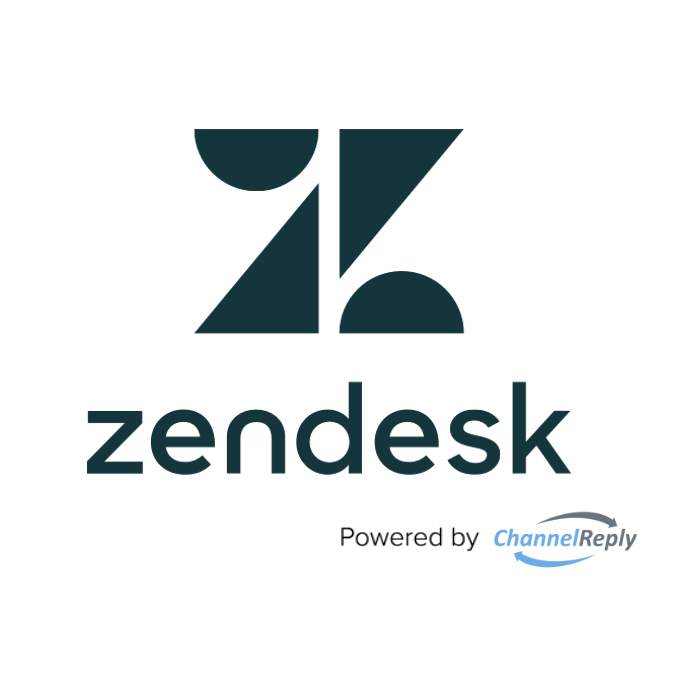 Zendesk – Powered by ChannelReply is a partnership between Zendesk, Amazon, and ChannelReply. You will get the full normal features of ChannelReply and Zendesk, but with the following upgrades:

In short, it’s ChannelReply and Zendesk, just faster, easier, and more affordable than ever before!

The only catch is that you must integrate Zendesk if you create an account with this offer. (Try a normal ChannelReply account if you’re more interested in integrating a different helpdesk.)

Get started in two easy steps:

For detailed step-by-step instructions complete with screenshots, see "How to Integrate Zendesk and Get Up to 20% Off."

We look forward to making Amazon Seller Central support a whole lot easier for your business! 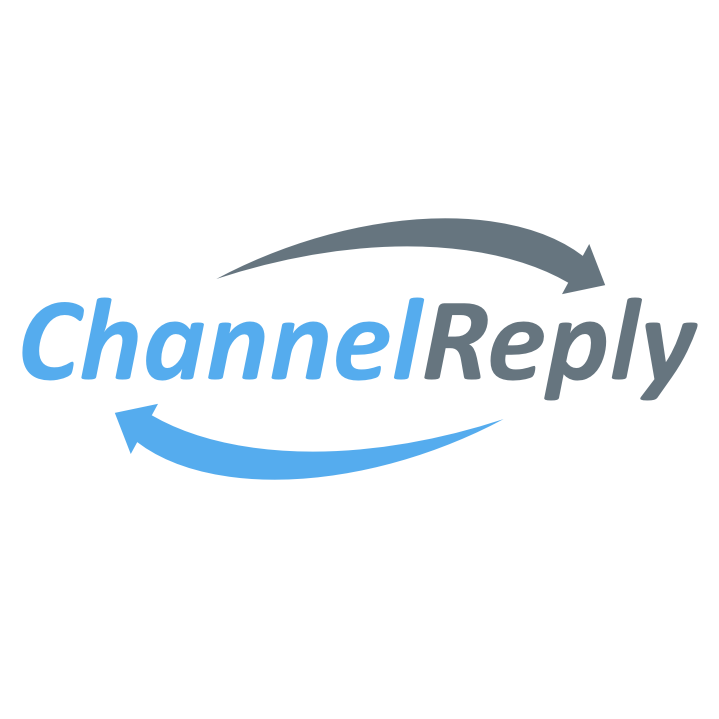