One of the most well-known failures of the dot-com bubble was Kozmo.com. The idea was great: customers in locations served by Kozmo could order snacks, movies, and pretty much anything else and have it delivered to their doorstep within an hour. There were no minimum order sizes and no delivery charges.

Many customers would order a single inexpensive item. Kozmo would then make a few dimes on the sale of, say, a Snickers bar, but then pay an employee three or four dollars for making the delivery.

While the free delivery attracted a substantial number of customers, most sales simply drained the company of money. They were eventually forced to start charging for delivery and requiring a minimum order amount. Even so, it was too little too late, and the company folded under its losses.

The internet is an extremely competitive place to do business. It can be tempting to offer prices so low you run at a loss to bring in new customers. While this may be feasible in the short term, you must have a plan to make your business profitable, and you must implement it before you squander your capital.

For ways to make shipping work for your online business rather than against it, read our article on ecommerce shipping solutions.

govWorks was launched by Kaleil Isaza Tuzman and Tom Herman in 1998, men still in their 20s and friends since high school.  It was meant to be an easy way for citizens to interact with the government; you could pay fines, fees, and taxes and handle government paperwork via one streamlined portal.

Many parts of the US government were just starting to move onto the web at the time. Officials initially welcomed govWorks and even invited them to a summit at the White House. Investors also saw the idea as brilliant, and put their faith in the young entrepreneurs.

govWorks soon outwore its welcome. They repeatedly offended government officials with their arrogance, their self-important ads, and their habit of releasing press releases about agreements that had not yet been reached. Government agencies and many of govWorks’ business partners cut their ties.

By July 2000, Tuzman had been forced to fire Herman and start giving up control to older and more experienced executives. The company went under in 2001.

Strategies like relationship marketing, built on the principle of building loyalty rather than assuming you’re essential, have grown in response to disasters like govWorks. They can do a lot to help you avoid the same pitfalls.

Pets.com went in with a simple idea: sell pet supplies online. They pumped money into advertising, paying $3.2 million for a Super Bowl ad and creating a famous sock puppet mascot popular enough to appear in the Macy’s Day Parade and interviews with major media outlets.

With their not-so-innovative idea, Pets.com soon found themselves facing competition from other sites with the same idea and practically the same name, such as Petopia and Petstore.com. But even more fatal was their choice of niche.

It turns out that people just didn’t want to buy most of their pet supplies online. If you need dog food or cat litter, odds are you need it right now. And since you can pick up these items virtually anywhere, the convenience of buying online doesn’t mean very much.

Pets.com tried operating at a loss to gain more customers. While this may have resulted in some success—they bought Petstore.com and managed to stave off layoffs a bit longer than Petopia—the end result was disaster once again. Between the beginning of 2000 and the end of October, they lost nearly $150 million. The company folded in November.

All of the advertising in the world can’t make up for a bad idea. You must provide a service people genuinely want. In the world of the internet, just because you build it does not mean they’ll come.

If you plan on selling on the web’s most popular marketplaces, you can avoid this kind of mistake by learning the best practices for deciding what to sell on eBay and/or what to sell on Amazon.

Boo.com was created by Ernst Malmsten and Kajsa Leander, who had previously created the successful bokus.com and sold it for a tidy profit. This made them experienced entrepreneurs who had the kind of experience govWorks’ team lacked. So when they decided to build Boo.com, a fashion and sports store selling across Europe and in the US, investors believed they could make something as successful as Amazon and poured the money in.

Everyone set their expectations for Boo.com too high, and for the complexities of running the business too low.

The company was vastly underprepared for running an international operation on this scale. While they put ample effort into translation, they faced problems with regional dialects, with incidents like offending US customers with language that didn’t really bother anyone in the UK. They set up parts of their operation in multiple countries, then planned to import from Asia and sell across European borders, without any real grasp of the enormous tax complexity.

They also decided to make free returns one of their key differentiators. This proved a terrible decision, as many customers would buy one article of clothing in multiple sizes and then return the ones that didn’t fit. The costs skyrocketed.

The company also banked on having floods of traffic right after launch. Instead, they received a stream—enough to keep an ecommerce business afloat, but underwhelming after their enormous expenditures.

Finally, they had a lackluster front end. While it certainly looked pretty enough, their overuse of fanciful features amounted to a slow-loading site. This was a tragic failure in the dial-up era.

Just because you can doesn’t mean you should. Selling internationally, making your site look as pretty as possible, and offering free returns all sound like great ideas at first. But when you look at the infrastructure required and the costs involved, you may find that they could sink your company rather than bolster it.

Take the time to carefully research the challenges your business will face before you launch it. For example, if you sell across multiple channels, you may soon find out that customer service gets out of hand fast—which is why we built ChannelReply.

Avoiding Your Own Online Business Failures 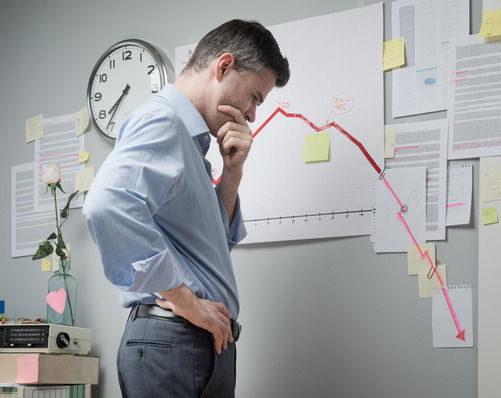 Succeeding online comes down to some simple best practices:

Don’t just learn from the failures. Take a look at the successes as well. Online businesses of any size can learn, for example, from the eBay and Amazon CRM strategies, their business models, and their intelligent approaches to expanding and offering new services.

Armed with this knowledge, you'll know how to create a company that won't join the list of online business failures. You’ll just need to get started. Learn how to sell on Amazon, start selling on eBay, or create an online store—without becoming another cautionary tale.