Reply Manager Is Dead. Is There an Alternative?

Ever since the forced update from Reply Manager to eDesk, eBay and Amazon sellers have been looking for a Reply Manager alternative. It’s no surprise given reviews like this one from WebRetailer:

And these ones from Trustpilot:

So, what can you do if you want an alternative to Reply Manager? What other software can manage eBay and Amazon messages in the same place as email from your own website?

Rather than accepting the forced update to eDesk, you can switch to something else.

We did an article on xSellco’s eDesk vs. ChannelReply and found that the features are similar, but eDesk includes less on lower-level plans. They also charge a much higher price in most cases. Worse, eDesk’s costs keep rising, with xSellco increasing their prices an average of once per year since 2015.

Time to look at the only real Reply Manager alternative: ChannelReply.

ChannelReply as a Reply Manager Alternative

Like Reply Manager, ChannelReply lets you manage Amazon and eBay messages on one screen. Plus, it puts them in the same place where you can manage emails from Walmart and your own ecommerce site. ChannelReply also works as an Amazon autoresponder and lets multiple users provide support for one eBay account.

But ChannelReply does these things a bit differently than Reply Manager.

Reply Manager was a completely self-contained program. They built their own marketplace integrations, management tools, email interface, and everything else.

It was impressive, but it meant they always had a lot of balls in the air. When things went wrong—like they did during the infamous 10/2016 update—it got very ugly. 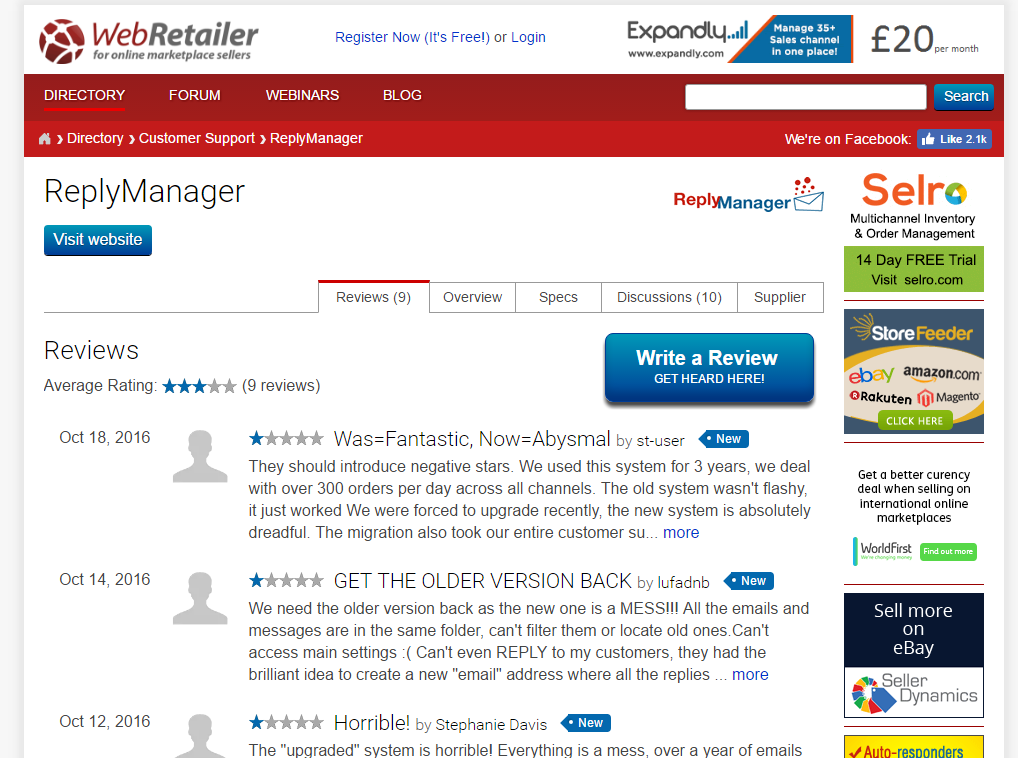 Rather than trying to do it all, ChannelReply connects your eBay, Amazon, and Walmart accounts to a leading helpdesk of your choice. Freshdesk, Help Scout, Gorgias, Re:amaze and Zendesk integration are all available.

ChannelReply has one job: keep your messages flowing smoothly. It therefore offers the most reliable service possible. Meanwhile, the helpdesks work day and night to make customer service easier to manage than ever before. The result is the best Amazon and eBay messaging solution available.

Let me prove it to you. 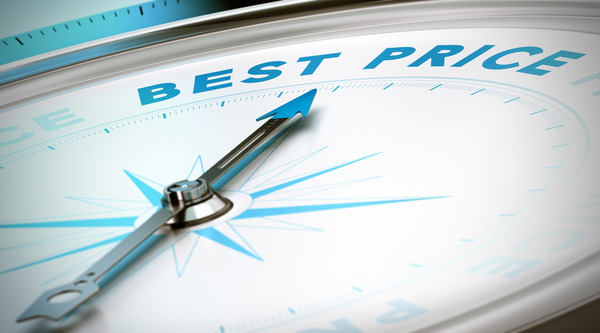 At first glance, it might seem like ChannelReply and a helpdesk will cost more than Reply Manager did. But in most business situations, they will either be more affordable or deliver huge advantages that are clearly worth the price.

Let’s review common situations for online sellers and find out what each service would have cost when Reply Manager wasn’t eDesk. 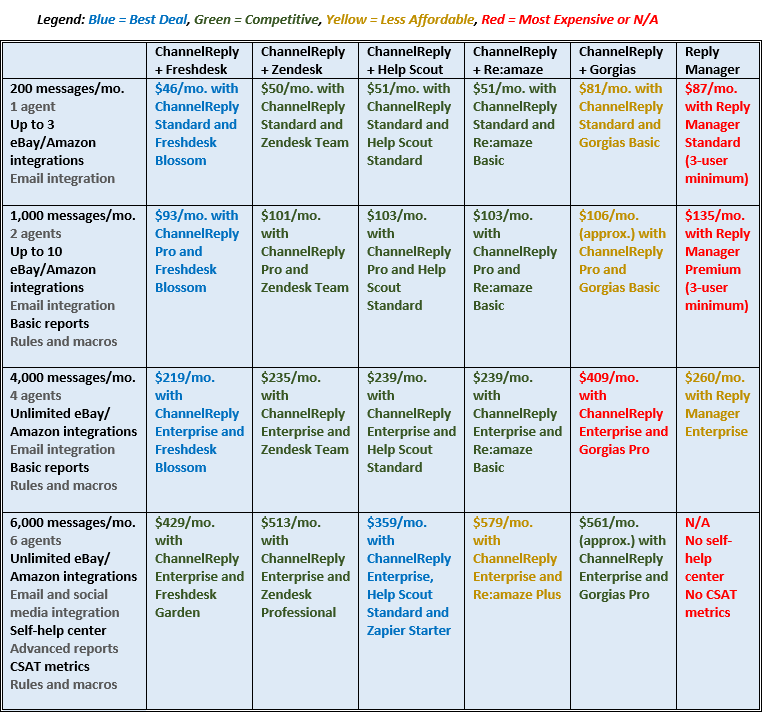 All examples above use yearly pricing. Prices are higher for all services listed when paid monthly instead. ReplyManager pricing was last checked in 2019, before xSellco forced users to move to eDesk. All other prices last confirmed accurate on 11/13/2020.

If you want to learn more about the pricing plans from above, check out the following:

If your customer service needs are anything like those above, switching from Reply Manager to ChannelReply could save you up to $972 per year. If you’ve already been forced to switch from Reply Manager to eDesk, you could save even more. See our article on eDesk alternatives if you’d like an in-depth comparison between eDesk and some of the solutions above. 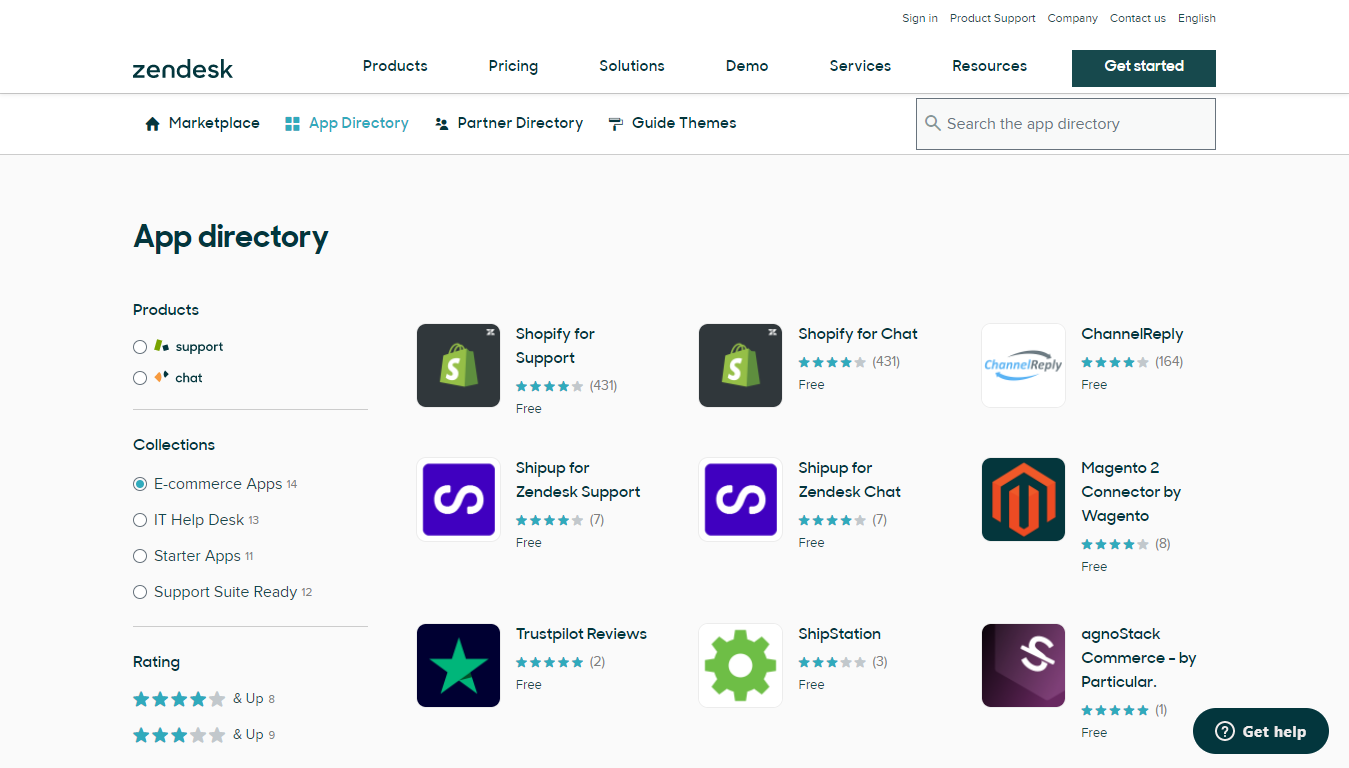 Most sellers who use ChannelReply or used Reply Manager have the same goal: handle ecommerce support messages on one screen. Either one will let you do that.

Reply Manager boasted about a handful of integrations. Besides marketplaces and email, it linked with social media, Linnworks, Brightpearl, Aftership and ChannelAdvisor—if you bought the Enterprise plan. It was a useful but small batch of add-ons for their highest-paying customers.

eDesk offers a small upgrade to 36 integrations. This is comparable to Gorgias, which has 35.

Help Scout takes it up a notch with more than 95 apps and integrations.

Freshdesk knocks that out of the park with about 600 apps in its marketplace. It also includes integrations with Facebook and Twitter.

But Zendesk blows them all away with over 1,000 apps, integrations and add-ons. Many of these are available for free. If there’s a service you want to connect with, you’ll likely find it in the Zendesk App Marketplace.

In short, Reply Manager limited you to the handful of services its developers had linked it to. ChannelReply lets you connect with the dozens or even hundreds of services available in your helpdesk of choice. If you need flexibility, there’s no contest. 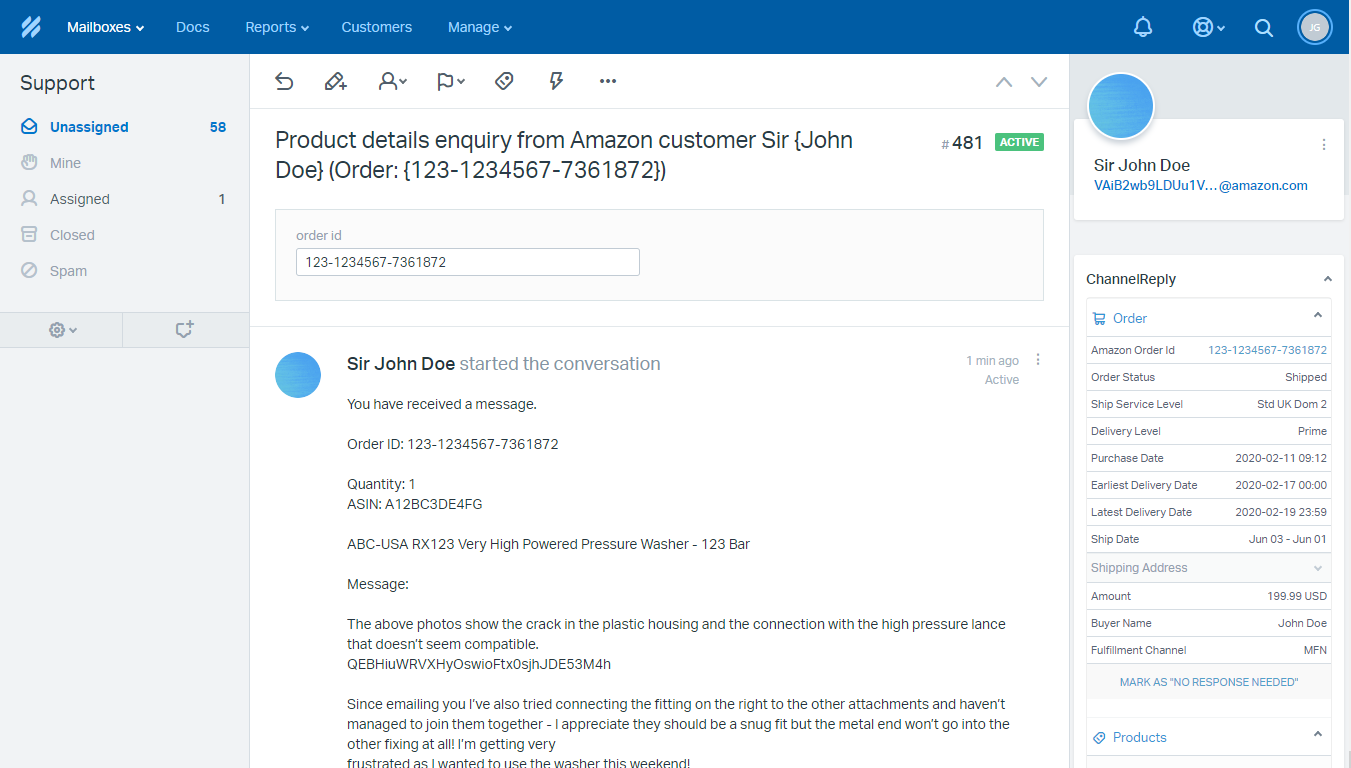 Above: An Amazon message delivered to Help Scout by ChannelReply. A ChannelReply-generated Order ID Custom Field appears at the top, and customer and order details are displayed on the right.

ChannelReply gives you access to powerful tools for handling ecommerce tickets in Re:amaze, Gorgias, Help Scout, Freshdesk or Zendesk. Reply Manager offered similarly powerful tools for managing Amazon and eBay messages. However, it didn’t provide much for helping customers on your own site or let you create a staff-only knowledgebase. 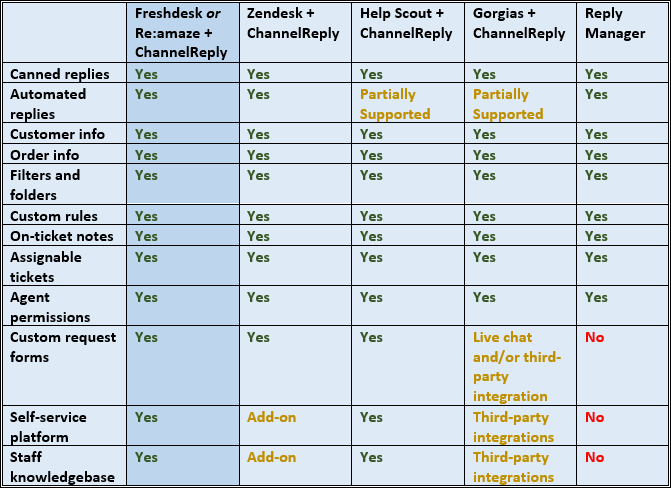 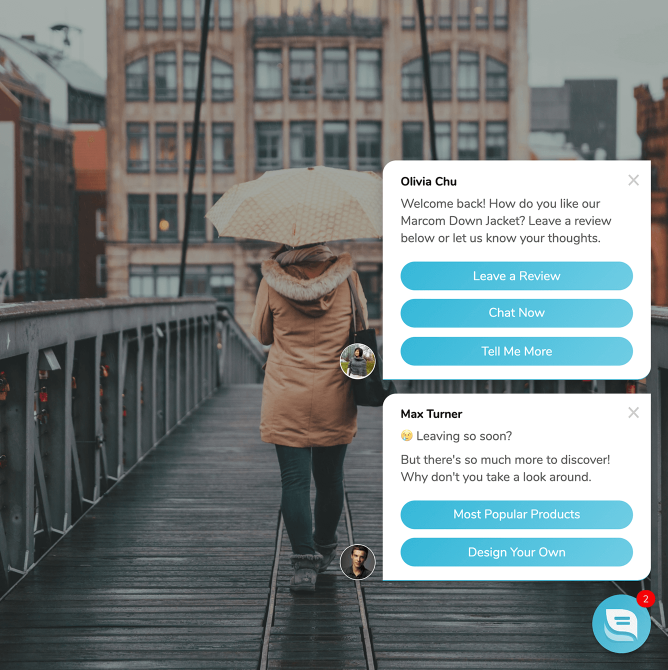 Here’s one last chart to compare the pros and cons of ChannelReply and Reply Manager: 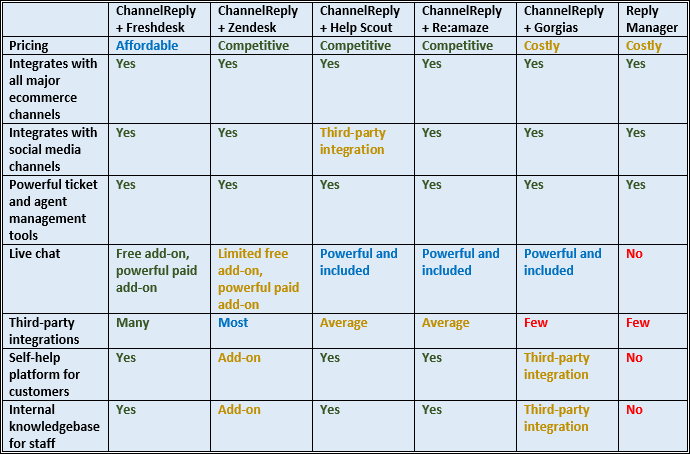 Although Reply Manager was a good product when it worked, it charged too much for too little. Follow that up with the forced update to the much more expensive eDesk and it’s no wonder so many people have abandoned ship.

ChannelReply is the best Reply Manager alternative and the only serious competitor to eDesk. Try it free and see the difference it can make for you.